As seen in US VOGUE Laurel Nakadate opens at MoMA's PS1, NYC

Laurel Nakadate’s “Only the Lonely” Opens at PS1
by Peter Fleissig
Laurel Nakadate describes her latest photographic series, “365 Days: A Catalogue of Tears” (2011), as a “durational piece” for which she photographed herself every day for a year, crying, in different locations across the country, the last frame shot only three weeks ago. “It was a commitment,” she says of this extraordinary visual diary. “I went through waves. I felt humbled and I learned a lot. Making a self-portrait every day, I often felt like that lonely girl in Edward Hopper’s painting, looking out of the window at the skyline of New York.” The piece is one of 18 films, videos and photographic works in “Laurel Nakadate: Only the Lonely” at MoMA PS1, New York (January 23–August 8, 2011).  A large-scale show filling more than twelve rooms of the exhibition space, it takes its title from Roy Orbison’s 1960 song that Nakadate describes as “totally heartbreaking. It really sums up the last ten years of my work about loneliness and isolation.”
A 35-year-old artist and filmmaker, Nakadate, who was born in Austin, Texas, to Japanese and American parents, probes the borderline between the exhibitionism, exploitation, and vulnerability of young women. She often casts herself as a Lolita, drawing on her own, enigmatic, Mona Lisa beauty in work made in a real-world context with a sexually provocative edge. Her process, says Museum of Modern Art PS1 director Klaus Biesenbach, “is almost a metaphor of what it means to be an artist. She puts herself at risk to create an image that is at the same time seductive and fragile." At the photography department at Yale, where she did her MFA, she decided not to make photographs and instead embarked on a series of short videos like  “Oops” (2000), in which she danced in three strangers’ homes to Britney Spears’s song “Oops, I Did it Again”; after graduating a few years later she bought herself a thirty-day Amtrak rail pass to make Trouble Ahead, Trouble Behind (2005), which features images of underwear being thrown out of train windows into the American landscape.

Nakadate has written and directed two feature-length movies. Stay The Same Never ChangeThe Wolf Knife (2010), shot in 10 days on an ultra-low budget, takes a pair of teenage actresses on a haunting road trip from Florida to Nashville, as fireworks and angst ensue. “The films were color-saturated,” says Nakadate of her technique. “Actors in my films wear the same outfit—like a uniform—for the entire work, so I have to choose them carefully. They give the girls a seriousness, a purpose.”

On a busy Friday in January, between installing her show and running around town, Nakadate dropped into a legendary Greenwich Village diner, recently chronicled by Patti Smith in her memoir, Just Kids, in which Smith recalls ordering eggs for 50 cents. Such references resonate for Nakadate, who talks about Robert Franks’s seminal photograph, Bar, Las Vegas, Nevada (1955), of a man staring at a jukebox—”an inspiration for any photographer”—and Andy Warhol’s famous early minimalist movie of a man sleeping for five hours (Sleep, 1963). Like Diane Arbus, Warhol, and Frank, whose epic book The Americans (2008), shot with unknowns and an improvised script in Kansas City, won raves at the Sundance Film Festival for its powerful depiction of teenage discomfort and drama, and was bought by MoMA for its collection. revealed in 83 photographs the naked loneliness of contemporary America in the mid-1950s, Nakadate is proving herself a worthy documentarian of the national landscape, exposed in all its heartache and beauty.
(as published in US Vogue Feb 2011 issue)
Laurel Nakadate has been showing with Chalk Horse since 2007 and currently has a number of works available to view at the gallery.
Contact us for more details.
Posted by Chalk Horse Blog at 10:05 PM No comments: 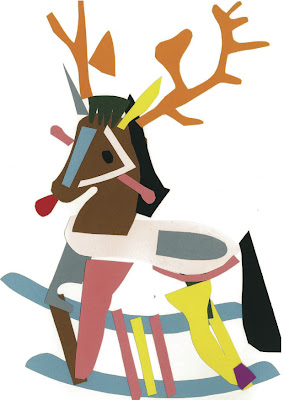 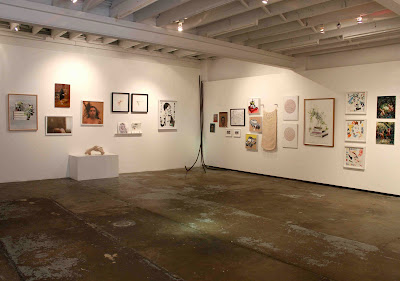 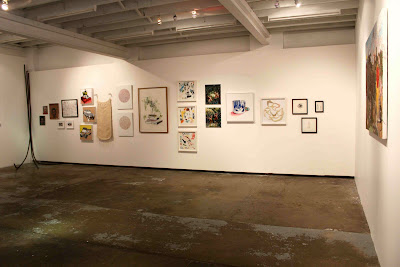 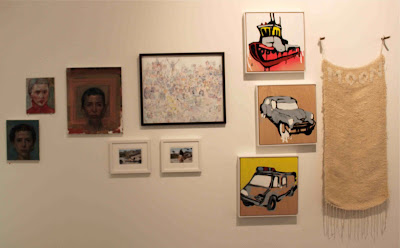 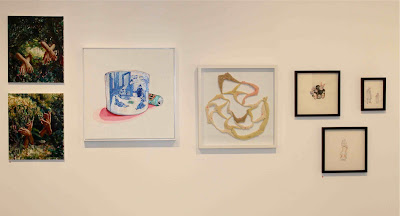 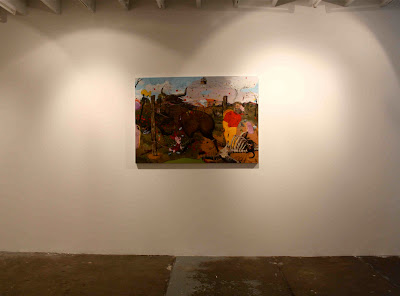 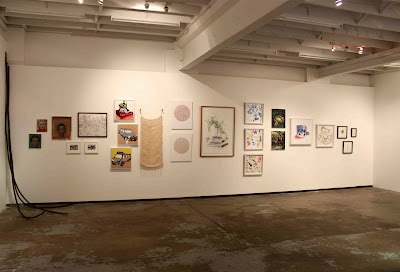 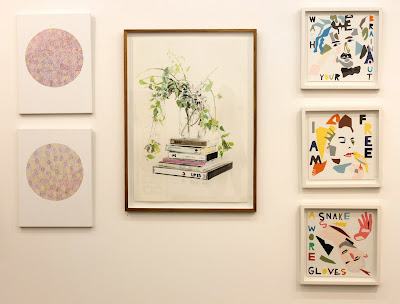 Bababa International also presented a banana flambé stand offering a small scale example of what was achieved in their 2008 Possible Curries where: "By the end we had participated in 150 bowels, and traveled through many sewerage pipes."
Posted by Chalk Horse Blog at 9:25 PM No comments:

Chalk Horse is pleased to announce new opening hours for 2011 and beyond.
We will now be open 5 days a week:
Tuesday to Saturday 10am-6pm
Our program highlights for this year include:
JANUARY
Glimpse: 5 contemporary Australian artists working in glass
curated by Sandy Benjamin OAM
MARCH
Yinjaa Barni including NATSIAA 2010 finalist Clifton Mack 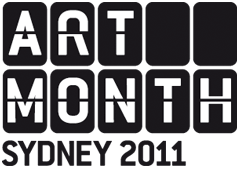 The Wolf Knife by Laurel Nakadate

Posted by Chalk Horse Blog at 9:21 PM No comments:

Below is a retrospective look at the stall that was. In this virtual exhibition tour of the space you will see upturned half pipes with a new lease on life, a tight salon hang of our stable and works exhibited at MoMA NYC, featured in the Biennale of Sydney 2010 and more. 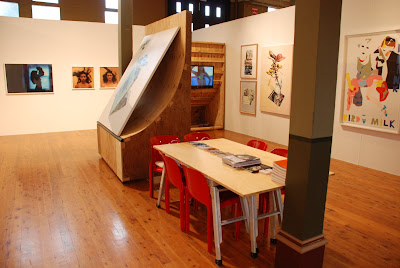 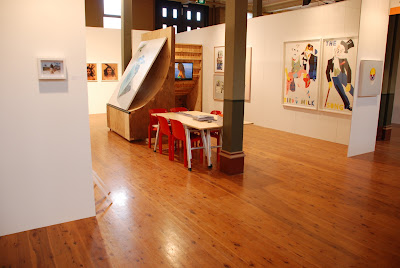 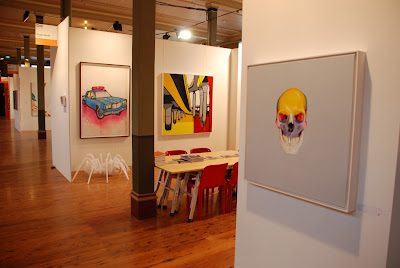 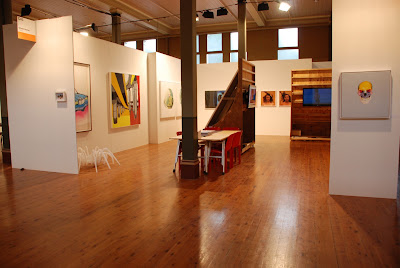 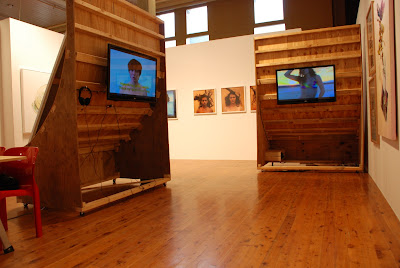